Capsules are solid preparations in which drug substance(s) and/or excipients are enclosed in either a soft or hard soluble shell. The shell is normally made from gelatin or other suitable polymeric material and results in a simple, tasteless, odourless, elegant, easy-to-swallow dosage form without need for a secondary coating step.

Depending on the composition of the capsule shell, capsules may be classified as either hard or soft capsule, with soft capsules possessing a flexible, plasticized gelatin film. The shells may be composed of two pieces in the form of cylinders closed at one end; the shorter piece, called the ‘cap’ and the longer piece, called the ‘body’, or they may be composed of a single piece. The two-piece capsules and one-piece capsules are commonly referred to as hard-shell capsules and soft-shell capsules respectively. 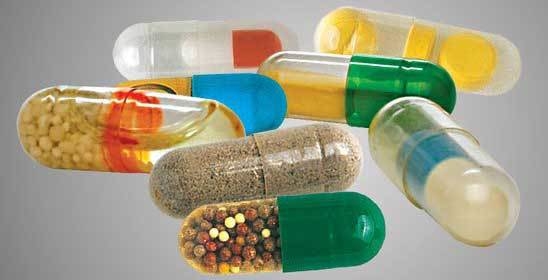 Capsules may be filled with a range of formulation types including dry powders, semisolids, nonaqueous liquids, and other dosage forms such as beads, mini-tablets, and even mini capsules most of which are intended for oral administration. There are also specialty applications such as capsules that can be loaded into dry-powdered inhalers, add reagents as part of a diagnostic kit, and occasionally soft-shell capsules intended for rectal or vaginal insertion as suppositories.

The first capsule prepared from gelatin was a one-piece capsule patented in France by Pharmacist Joseph Gerard Dublanc and Francois Achille Barnabe Mothes (a pharmacy student) in 1834. Although the shells of these early capsules were not plasticized, such capsules likely would be classified today as soft gelatin capsules based on shape, contents, and other features.

Hard gelatin capsules also known as two-piece capsules or dry-filled capsules are solid dosage forms in which one or more drug substances and/or excipients are enclosed within a small shell. The shell consists of two parts: the body designed to contain the drug and the diluent, and the cap that is approximately half as long as the body.

Hard gelatin capsules are produced empty and are then filled in a separate operation. During the capsule filling unit operation, the body is filled with the medicament, followed by the insertion of the cap over the body.

Hard gelatin capsules are made from gelatin and other materials used either to enable capsule formation or to improve their performance. The capsules contain 13 – 16 % water, but the water content can vary, depending on the storage conditions.

Hard shell capsules are available in a variety of standard sizes and are designated by numbers from 000 to 5. The size of the 000 capsule is the highest and that of the number 5 capsule is the smallest. 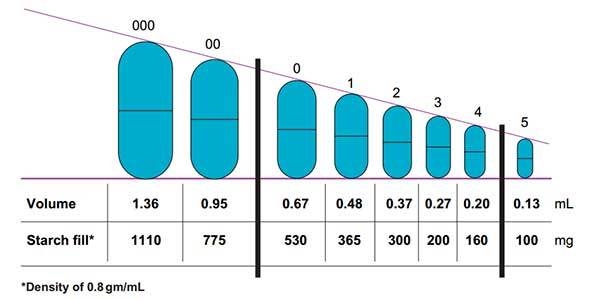 Similar to hard gelatin shells, Soft gelatin capsules are made from shells of gelatin to which plasticizers such as glycerol, polyols or other suitable materials have been added. Other components may include dyes, opacifiers, flavours and preservatives (often included in the capsule shell formulation to prevent microbial or fungal growth).

The distinctive feature of this type of capsule is its one-piece construction. The feeding and sealing are achieved by only one machine.

Filled soft gelatin capsules are commercially available in a wide variety of shapes (e.g. round, oblong, tubular). They may be single coloured or two-toned and may be imprinted with identifying markings.

The size of soft gelatin capsules represents its nominal capacity in minims, for example, a 30 oval softgel can accommodate 30 minims (or 1.848 cm3).

Previous 10 Easy Steps for Cleaning Your Tablet Press
Next Oral Solid Dosage Pharmaceutical Formulation Market is Anticipated to Collect of US$ 926.3 Bn by 2027
Categories
NAVIGATION
Please send your message to us