As of 2018, China is home to 1.4 billion people and counting, according to Worldometers. Out of this number, close to ten million Chinese residents have been diagnosed with various epilepsy disorders. Although pharmaceutical medications are available to treat health issues, China has been moving towards natural forms of medicine like CBD. Currently, cannabis usage is illegal in China. However, CBD oils including hemp-based CBD are legal, according to an article by Globe News Wire. Due to legal CBD in China, a shift has occurred among their residents regarding their views on CBD and hemp.

Both cannabis and hemp contain medicinal and therapeutic benefits, however, hemp is the main crop grown and used in China. For centuries, Cannabis Sativa has been cultivated in China. One of the main purposes of using this plant has been for its strong fibers. The fibers are converted into rope, fabric, and paper, which continues to this day. Additionally, hemp seeds and hemp leaves have been used in Chinese traditional medicines for centuries. Hemp production is spread throughout China, but, certain provinces are home to more hemp farms than others.

In China, two main provinces account for close to half of the world’s legal commercial cropland under hemp cannabis cultivation, according to the National Bureau of Statistics. These two provinces are Yunnan and Heilongjiang. Since 2003, hemp production has been regulated in Yunnan. However, in 2010, Yunnan was the first province in China to release formal regulations on the hemp plant’s cultivation, according to the South China Morning Post.

In the province of Heilongjiang near the Russian border, hemp farmers grow legal hemp. From here, the hemp growers sell the stems of the crops to textile factories, which produce high-quality fabric, as mentioned by South China Morning Post. Then, the hemp leaves are given to pharmaceutical companies to create drugs. However, hemp seeds are not only used for different medicines. They’re also given to food companies, which produce snack foods, kitchen oil, and assorted drinks. Recently though, Chinese farmers have turned away from other crops due to the high demand for hemp and different hemp byproducts. Currently, hemp farmers can legally grow hemp in just two provinces—Yunnan and Heilongjiang.

High Demand For Hemp In China

In China, the hemp crop is referred to as green gold because hemp brings in more than 10,000 yuan annually. This equates to around $1,500 USD per hectare, as stated by the South China Morning Post. In general, many Chinese authorities have turned a blind eye to hemp production before official legalization and regulation in 2016. Therefore, more and more hemp farmers are growing this crop to make a sustainable living.

Despite China’s strict laws, hemp production has gone under the radar since hemp contains very low amounts of THC. Also, hemp is an essential source of income for many farmers. Therefore, authorities don’t pursue persecution unless whole cannabis production takes place. In general, a lot of growth regarding hemp production has come from Chinese government-funded scientists. These scientists study hemp’s military uses in addition to its potential for medication and fabric for uniforms.

Due to China’s past and current conducted research, more than half of the world’s 600 plus patents related to the cannabis plant are now held within China, according to the World Intellectual Property Organization. Overall though, the market for legal CBD in China is growing at an extremely rapid rate. Even though whole cannabis products remain illegal, hemp products can be sold in markets within China, as stated by Network News Wire.

About The Legal Hemp And CBD Market In China

According to a report released by the Brightfield Group, hemp is likely to become a billion-dollar market within the next three years. Additionally, hemp CBD is growing at 55 percent each year, and nearly two thirds of hemp sales occur online. Due to the projected market value of CBD and the high demand for this cannabinoid, a leading financial information company for Chinese-speaking investors in the U.S. and China has recently made a huge splash within the CBD industry.

The financial information company is called Chineseinvestors.com (CIIX), and it was founded in 1999. CIIX tries to develop and distribute hemp-based products to help Chinese residents improve their overall health. Therefore, CIIX made a wholesale agreement with a CBD health brand in December of 2016, as mentioned by Globe News Wire. CIIX’s main goal is to provide accessible CBD based products for people who have epilepsy, Alzheimer’s Disease, cirrhosis of the liver, and/or other health conditions.

From here, CIIX launched a new subsidiary called ChineseCBDoil.com. This website focused on legal CBD in China, and it went live on January 31st of 2017. The website provided the world’s first Chinese language online store for legal CBD health products. This online store offers a variety of nutritional supplements containing CBD such as soft gels, capsules, and concentrates. All of these CBD based products are available to Chinese-speaking customers worldwide.

Future Of Legal CBD In China

According to Tan Xin, the president of Beijing-based Hemp Investment Group, the following was stated about the future of CBD in a South China Morning Post article, “We expect the sector will grow into a 100-billion-yuan industry for China in five years’ time.” Additionally, hemp-based products have the potential to take off as big sellers within this growing market. Although the CEO of CIIX wants to double the company’s revenue this year, he also wants to expand the business in North American markets, as mentioned by the same source.

In North America, cannabis sales reached almost $10 billion in 2017. Then, by 2021, sales are expected to reach $24.5 billion, according to recent Arcview Market Research reports and BDS Analytics. Although this is related to whole cannabis, the CBD market is significantly growing as well.

Due to the Chinese government’s support and a long tradition, China has gone under the radar for being a superpower of hemp production and research. In the future, China plans to continue researching hemp and cannabis while expanding upon its current legal CBD market. Stay tuned to find out China’s progress regarding the creation of CBD based medications and its expansion into Westernized countries. 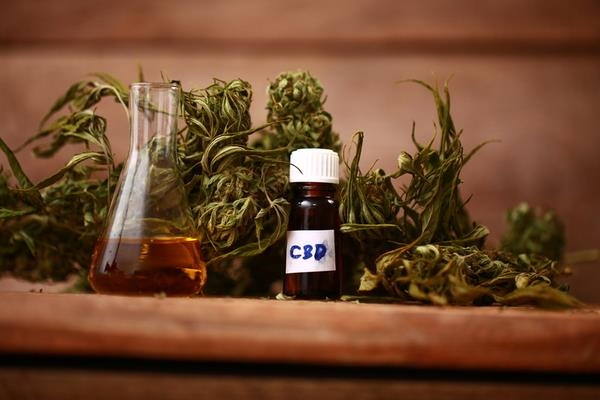 Previous Does CBD oil work for chronic pain management?
Next So what about hemp and CBD in China?
Categories
NAVIGATION
Please send your message to us