CBD Oil vs. Hemp Seed: How to Know What You’re Paying For

CBD Oil vs. Hemp Seed: How to Know What You’re Paying For 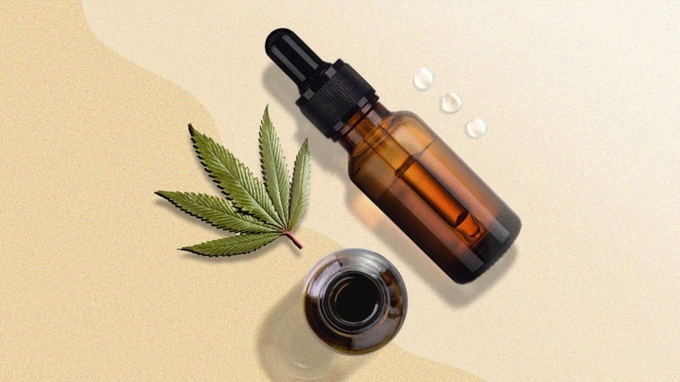 In 2018, a farm bill passed making industrial hemp-derived cannabidiol (CBD) legal nationwide. Because of this, there’s been a “green rush” of cannabis-inspired products flooding the market — including beauty products.

While CBD is a new ingredient to many consumers (since it’s now more readily available), hempseed oil has been around for decades and sold at health food stores for both cooking and skincare. However, when CBD and hempseed oil are put side by side, a lot of misleading labeling happens.

To filter through the CBD marketing, here’s a cannabis breakdown: Cannabis (often referred to as marijuana) and hemp are two varieties of the same plant species, cannabis sativa.

Since they share the same species name, they’re often lumped into one big family and there seems to be a lot of confusion around their differences.

Why this matters in the beauty world

Hempseed oil, in particular, is known to not clog pores, be anti-inflammatory, and provide superior moisturization to keep the skin looking and feeling supple. It can be used within a product or even just on the skin as a face oil.

New research is coming out all the time about the skin benefits of CBD. What we know so far is like it’s cousin, hempseed oil, it’s been shown to be a powerful anti-inflammatory which helps in healing acne, sensitive skin, rashes, eczema, and psoriasis. It also packs a ton of antioxidants.

But is CBD beauty actually more effective or worth paying more for?

It’s still too early to tell, and results can vary depending on the person. If there’s a beauty brand making such claims, you may want to do extra consumer research as brands aren’t obligated to tell you how much CBD is in a product.

With the green rush, some brands are jumping on cannabis-infused beauty products but mixing the terms up — intentionally or not. Since CBD and hempseed oil are in the same cannabis family, they’re often incorrectly marketed as the same thing.

Why would a brand do this? Simply put, consumers are willing to pay more for CBD oil, which is a pretty expensive ingredient compared to hempseed oil.

It’s easy for a brand to add hempseed oil to a product, adorn it with marijuana leaves, and highlight the word cannabis to make consumers think they’re receiving a CBD product that contains no actual CBD at all.

So how can you tell what you’re purchasing? It’s pretty simple actually, check the ingredient list...

While it’s not required to see the milligrams listed on the bottle, it has become a common practice to do so. If it’s not, you should wonder what’s in that bottle you’re paying for.

It’s so important to be an educated, savvy consumer. Don’t fall into the trap of weed washing (hemp-based product hype)!

Previous HOW IS CBD EXTRACTED FROM HEMP?
Next Lesotho cashes in on medicinal cannabis boom as British firm opens CBD factory
Categories
NAVIGATION
Please send your message to us